This article is about the key's belonging to Wally Franks. For Boris and the Dark Survival item, see Keys.

Wally's Keys are lock-operating devices and an item found in Chapter 2 of Bendy and the Ink Machine.

Wally Franks' voice from his second audio log near from the door leading to Sammy's office implies that the keys can be found in one of the garbage cans.

They are two identical wooden keys attached to a keyring. Each has three notches, two thin ones and one thick notch, with an added square. they are connected together by a wooden ring. Overall, they are a light tan color.

The item's location is random. The keys can be found in one of the garbage cans at the Music Department entrance as well as its entrance. They can be also found in the music writers' room and the projection booths. When obtained, Henry can use it to open the hall closet.

Ditto, but bigger and tilted at a different angle. 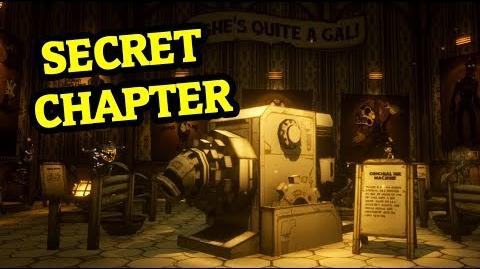