Ink Bendy
Lost Ones
The Ventilation Shafts or simply The Vents, are a location from Chapter 4 of Bendy and the Ink Machine.

The vents were used to ventilate various areas of Level S. They are a tricky maze of dark tunnels. Henry can enter them from the lounge & hideout and exit them from the Planning Room

Henry will pass through the lounge & hideout to reach an open vent with a flashlight next to it. Upon interacting with the flashlight, Henry will be taken into the vents, unable to go back. If Henry looks back, he can see two Lost Ones blocking his exit.

Henry has no choice but to proceed forward. After reaching the end of the first passage, a jumpscare of Ink Bendy will occur through a grating in the wall. he will briefly watch Henry, gesture for him to be quiet and move on. The player will reach a few dead ends and turns until the vent with two passages is reached. The furthest has a Lost One repeatedly slamming its head against a wall creating a loud banging noise that can be heard from far away. Henry must head through the other passage until he reaches the Planning Room and dropped the flashlight. Upon exiting, he can't re-enter. 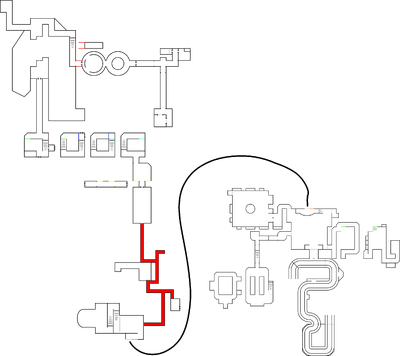 A view of the vent.

The Lost Ones looking at Henry.

The room Ink Bendy appears in.

A dead end in the vents.

The Lost One slamming it's head against a wall.

The exit to the vents.

The Lost Ones blocking Henry.

The Lost Ones with white eyes.

The exterior view of the exit.

The vent entrance along with the flashlight in a screenshot for Chapter 4.

The flashlight lying at the vent's entrance after Henry crawls out. 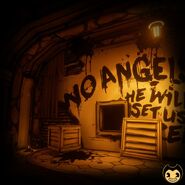 The vents in a photo uploaded by Bendy from Twitter.