The Toy Storage page does not have a canonical name. This name will be used until the official name is confirmed.

Ink Bendy
Searchers
Piper
The Toy Storage Room or simply Toy Storage is a location from Chapter 3 in Bendy and the Ink Machine, and a part of Level K.

The toy storage area housed assembled merchandise to await packaging before being sent for delivery.

It is a room consisting of several shelves containing dolls of Bendy, Boris, and Alice Angel, along with train and plane toys, and some Bendy cutouts. The floor is nearly covered in ink.

This is one of the several rooms where Henry solves two of many tasks from Twisted Alice - collecting special gears and destroying Bendy cutouts.

While solving tasks for Twisted Alice, a Searcher can spawn here several times. Ink Bendy can also spawn in this location in randomized. 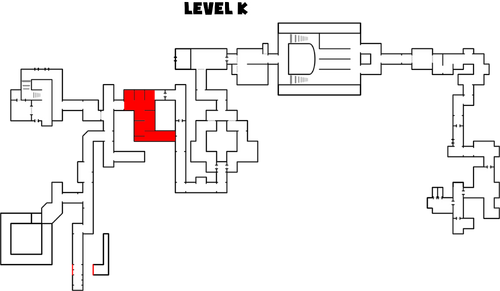 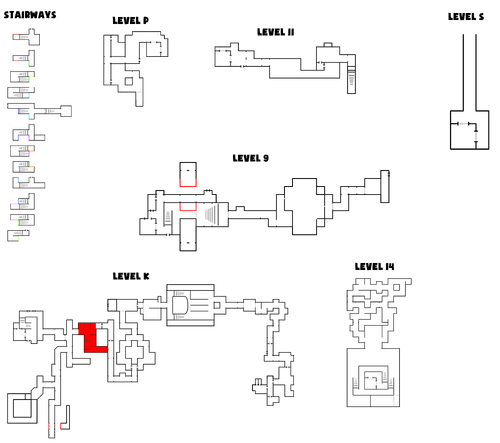 A view of the toy storage.

Another view of toy storage featuring with the empty gear at the left.

A view of the Bendy clocks from the toy storage.

A screenshot of the toy storage.

Ink Bendy in the room. 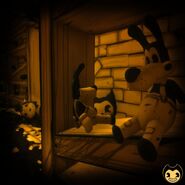 Another screenshot of the toy storage, uploaded by Bendy from Twitter. 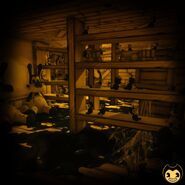 Full view of the cabinet inside the toy storage. 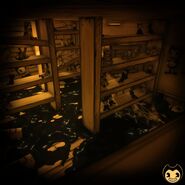