theMeatly, one of the main creators, is a recurring Easter Egg from almost all of the games of the Bendy series up to date.

Based on the mascot of the game's developing company and comic series, he is tall with long, skinny black limbs, and a floating circular white head with black eyes, a complete lack of neck, and a line for a mouth.

Even though his rectangular body is red in the comic series, it is light, yellowish-brown in color due to the color-style for the game itself. His entire self also appears completely flat, as if made out of paper. As merely an environmental decoration, he barely does anything. 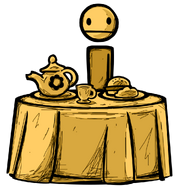 To find the Easter Egg, complete the puzzle by collecting all six items and activate the Ink Machine. Then head to the room where the corpse of Boris' clone is located, and approach Boris' "Sheep Songs!" poster from the right side of the room where the "WHO'S LAUGHING NOW?" message is at.

After following those steps, Henry will find a small room where theMeatly is in, standing next to the candle. The player will also get an achievement called "The Creator."

Activate the ink pump from Sammy's office and head into the music writers' room. Then walk through the wall with a Boris poster on it and Henry will find theMeatly with a tuba for the second time.

The player will also get an achievement called "The Man Behind The Curtain."

If Henry finished all chores for Twisted Alice, he can go through Boris' poster from the small workshop room of the Lobby Workshop located on Level P to find theMeatly for the third time, where he is seen sitting next to the table and appears to be having a picnic with a hamburger, mashed potato-like food, a cup, and a teapot.

The player will also get an achievement called "Tea Time."

Once Henry opens the door to the Archives if he goes back to the Management Office but goes in the door next to it, this leads to a seemingly empty room but on the other side of the Boris poster is theMeatly and appears to be having a BBQ.

The player will also get the "Barbecued" achievement for doing this.

theMeatly returns in Chapter 5 for the final time. After Henry unlocks the Film Vault if enters and exits it, he must go to the door of Joey's Office, turns left he'll see a vent with a Boris poster. On the other side of it is theMeatly with complimentary chocolates while holding a "Thank You" sign.

Finding him will unlock the "A Sweet Discovery" achievement.

There is a rare chance to find theMeatly standing next to the chair from the room when using the look-hole. 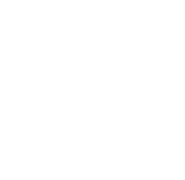 A secret paining of theMeatly hidden across all five chapters able to see only through the Seeing Tool. 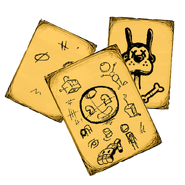 theMeatly on Henry's drawings from Chapter 5.