Switches are electrical and mechanical operators in the Bendy series.

In Bendy and the Ink Machine, there are four main types of switches from throughout the chapters:

There is only one lever located at the end of the break room. Henry can only pull the lever to activate the Ink Machine's room after collecting and putting all six items on the pedestals and turning the pressure valve on from the projector room, which requires Henry to turn the valve to proceed.

After Henry falls into the basement, there are 3 valves that he has to turn to drain the ink flood before going into the next room.

A lever present in the stairwell is used to power the music department.

Into the infirmary, there's one handle switch that opens the door that takes to the boiler room.

The other two handle switches are used to raise and lower the case to kill Swollen Jack.

After turning the two valves, Henry can access to the office of Sammy Lawrence and pull the pump switch to drain the ink into the stairwell

From the safehouse, there is an exit door that can only be opened with the handle switch, but the missing lever is only found inside the toolbox.

There is a lever to power on the toy machine from within the room. Inside the said room is a handle switch, used for moving the toy shelves upon activating it.

Into the pillar room, one lever and one valve are used to spawn a swollen searcher to obtain the thick ink.

A lever in the planning room is used to open the door of the storage 9.

Into storage 9 over four handle switches must be pulled to power up the Haunted House for the ride.

Another two switches are present into the areas connected to storage 9: the lever in the research and design area is used to open the door and the lift control into the maintenance area.

The switches are needed to release the boat from the barge and to open the gate that takes to the Administration of the lobby. Furthermore, levers are used to pass the first battle phase of Beast Bendy's fight.

The switches will appear in Bendy and the Dark Revival. Revealed in the gameplay trailer, there is a lock panel that can be powered by the electric baton to automatically unlock the door before gaining access to the next area.

The prototype switch from Chapter 1.

A valve located in the Basement area.

A button from Chapter 2. 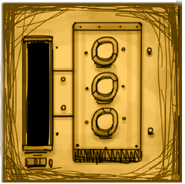 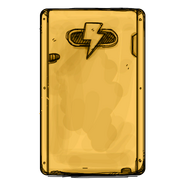 A lever in Chapter 2 from its update trailer (before Chapter 4).

The lever found in the Infirmary after the release of Chapter 4.

The secret levers used to activate the Lever Minigame.
Русский
Community content is available under CC-BY-SA unless otherwise noted.
Advertisement