Searchers
The Sunken Room is a hidden location from Chapter 3: Rise and Fall in Bendy and the Ink Machine. It is located on Level P.

The stairs will lead down to the room consisting of a round table with a bucket of ink, a small blob of ink, a book with Bendy's picture printed on the front cover, and an audio log recording Henry Stein from his past times at Joey Drew Studios.

The room is lit by one, single industrial lantern hanging on the back wall.

The room is located near the entrance to Level P after the first set of stairs and was first seen flooded up with ink. In order to drain the ink out, Henry must go to Level 14 near the Inky Abyss entrance, then the right stairway after getting off the elevator, turn right, and break the wooden planks blocking the way to a hidden valve.

After activating the valve, Henry has to return to the room where the ink has drained. Inside it is a tape that he recorded 30 years ago, where he vents his frustration at Joey Drew's "just believe" mindset and reveals that he made up an idea of a new character, in which he believes that people will enjoy. 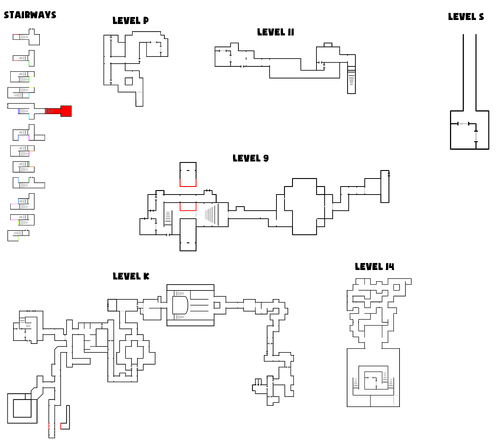 The stairs leading to the room.

The stairs leading to the room, older version.