Research and Design, also known as The R&D Area or R&D Access is a location from Chapter 4 of Bendy and the Ink Machine.

The Research and Design area served as the main work area for the Bendy Land construction workers, including Lacie Benton.

The first area of Research and Design is a large room with the Butcher Gang enemies. It also has two branching rooms. One with a switch for the Haunted House and an audio log and the other with a power switch.

The second room served as Lacie Benton's main work area, due to her isolationist nature. It features the switch needed to give power to the Haunted House. It also features an audio log from Lacie Benton and the Bendy animatronic.

After hitting the first switch, Henry will return to the Haunted House power panel and activate the second switch. This will grant him access to the Research and Design. Henry will enter and will tell himself to try and distract the Butcher Gang so that he can reach the two rooms. Henry must obtain empty Bacon Soup cans to do this. There are about 10 on the balcony surrounding the middle area. Henry only needs to throw them in the direction he wants the Butcher Gang to go. They'll follow it and he can sneak in unnoticed.

The first room Henry must enter is on the left. Henry must sneak past the Butcher Gang enemies to gain access to this room. Henry will enter the room and find a Lost One crying in an inaccessible room. Henry must activate the switch to partially restore power to the Haunted House. He will then leave and sneak past the Butcher Gang again and enter the second room, where he can open the door back to Storage 9 before being spotted and get overwhelming. 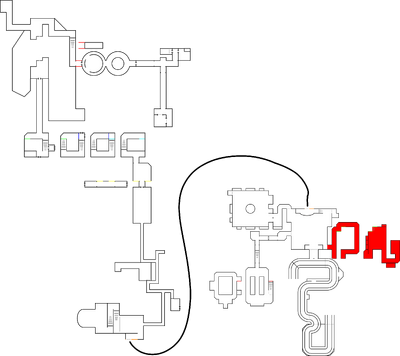