The Recording Studio is a location from Chapter 2 of Bendy and the Ink Machine.

The recording studio serves as an area to house the band performing the background score for the Bendy cartoons.

The room consists of multiple chairs, a couple of stands with music sheets on them, and various instruments. Additionally, it can have up to nine Bendy cutouts.

From up top of the wall is a large projector screen, which shows the "Tombstone Picnic" cartoon upon turning the projector on from the projection booth.

The area can be only accessible after killing out the first wave of the Searchers in the Music Department hall.

The recording studio consists of a music puzzle that is randomized along with microphones hanging from the ceiling with nine chairs, which up to nine Bendy cutouts can appear to sit in. There are also instruments laying around and a projector screen.

Later on, after activating the ink flow from Sammy's sanctuary, the Searchers will spawn and attack Henry, trying to prevent him to continue his task for escaping the underground, but in vain. 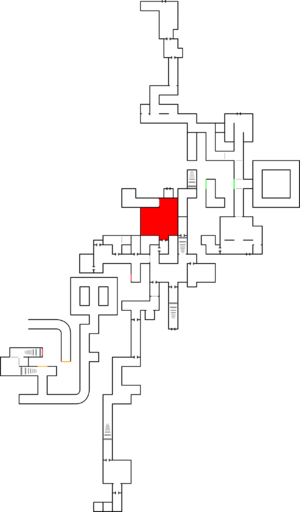