The Power Hallway page does not have a canonical name. This name will be used until the official name is confirmed.

Piper
The Power Hallway is a location and one of the many Level K rooms from Chapter 3 of Bendy and the Ink Machine. This is where the first Butcher Gang enemy, Piper, is encountered. It appears to be a breaker room, as apparent from the presence of power switches.

The power hallway appears to be a breaker area, given the power switches in the area.

The hallway consists of a statue of Bendy from the right, and a little corridor leading to the "The Butcher Gang" poster with a lever from the left. There are also wires on the floor.

The hallway connects the toy storage and the entrance to Level K.

When Henry enters this location, he will need to pull both of the levers at the same time to activate the door. Henry tells Buddy Boris to get the one closer to the door, and then Henry goes to the other switch. Before he gets to the lever, Piper pops out of the "The Butcher Gang" poster. Henry cannot pull the switch until he finishes Piper off. 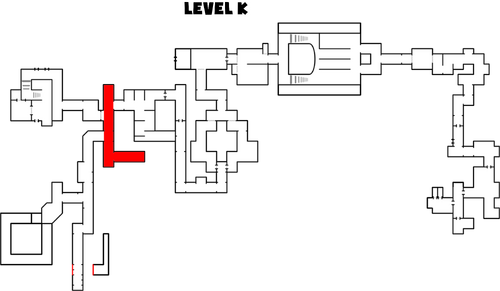 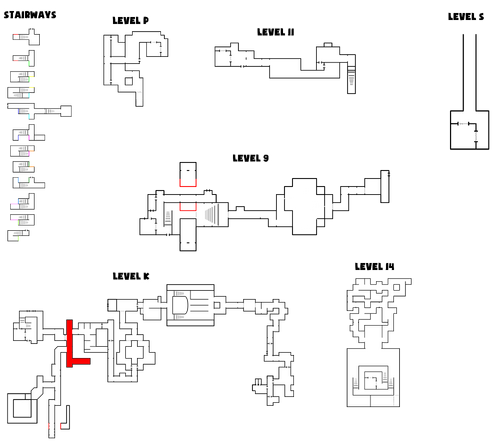 A view from the lever hallway before the Piper's jumpscare. (old version)

A view from the lever hallway before the Piper's jumpscare. (new version) 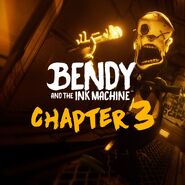 Chapter 3's icon being taken in the area.

The Butcher Gang poster from the hallway.