Corrupted into a monster; Deceased

Norman Polk was a Southern employee and the lead projectionist of Joey Drew Studios. A "suspicious" man who had an uncanny ability to notice trouble, his eventual fate was becoming yet another victim of the studio's strange happenings and paranormal activity being later known as The Projectionist hunting the lead protagonist Henry Stein throughout the events of Chapter 3 and Chapter 4.

Buddy Lewek describes Norman as "a character something from the comics", looking elderly with bushy eyebrows.[1]

Fitting his job as a projectionist, Norman tended to seek out dark places and avoid drawing attention to himself. Because of this role as an outside observer, he was able to notice some of the strange behavior displayed by his colleagues. Sammy Lawrence once called him "very bright". However, his ability to sneak around undetected led to his eventual downfall, due to the sensitive nature of the information he was mentally exposing himself to. He was also somewhat nosy by the fact that his colleagues apparently respond in annoyance upon finding out he was eavesdropping on them. Because he feels skeptical of Joey Drew's motives, he seems to have something of a rebellious side.

Based on his interactions with Daniel Lewek in Dreams Come to Life, he has a confusing sense of humor, by his remark of Joey Drew being dead, before revealing it was merely a joke.

Working at the Studio

On an unknown date, Norman notes down the strange behavior that Sammy appeared to do almost every recording session. While up in the projector booth and watching the band perform in the recording studio, Sammy would arrive and tell them all to stop and leave. Norman notices that Sammy would turn on the projector, rush back downstairs and then disappear for a long time. Finding Sammy's actions to be the start of a problem, Norman ponders whether or not to speak to Joey about it. He thinks better of it, finding his employer's own actions of late to be just as strange.[2]

Sometimes later, Norman remarks that he naturally prefers dark spaces and notes how his other fellow projectionists find this to be strange. He learned the ins and outs of the studio, as he feels bothered by the studio's looks. He heard some of the workers rumoring about himself lurking around the areas to "look for trouble". Norman likes the advantage it gives him on being able to see things that no-one else will, especially since they will never know he was there.[3]

At one point, Norman documents his suspicions that on some occasions he is seemingly not alone in his projection booth, hearing a strange groaning noise. Sensing danger, he resolves to investigate to find the source of the groaning noises.

Norman Polk met with Buddy Lewek (Daniel Lewek) on 1946, and upon hearing Buddy's position, his eccentric sense of humor becomes apparent. He guides Buddy to Joey Drew's office, only to back out, apparently due to Buddy's lack of knowledge of how to go back.[1]

Whilst Buddy and Dot were exploring the studio, Norman suddenly appears and reveals how the studio was founded, what happened to Henry Stein and why he left Joey Drew Studios, also mentioning that Allison Pendle was not always the voice of Alice Angel, but rather Susie Campbell. He reveals that Joey only hires those with talent and that Buddy's acceptance of Joey's offer may have put him in danger and cautions both him and Dot to be careful.

During the climax, when Buddy and Dot are trying to rescue Dave and Jacob, they discover Norman's ink-covered body, indicating that he is dead. Later on, what is described as an inhuman shriek is heard by Buddy. This is meant to foreshadow Norman's feral transformation into the Projectionist.

Norman as a monster now roams around the Cycle, physically encountered throughout the series. Some amount of Norman's audio logs recorded back when he was still human can be found in many places.

Norman's audio log discussing about the strange groaning sound he heard below his projection booth can be randomly found.

Norman has two audio logs found in couple of chapters.

Norman's transcript from Chapter 2's previous update. Note that the first lines lack the space from after the comma from the word "happens".

Norman's name on the coffin. 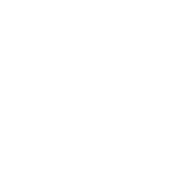 The texture of Norman's name.