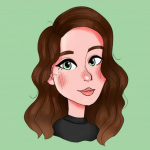 aka Cast, Ally, and Alli

Welcome to my message wall

Important dates are below