This article is about Grant's human self. For his unseen monster form, see Grant (Monster).

Corrupted into an ink monster; Deceased

Grant Cohen is the Chief Financial Officer at Joey Drew Studios. He is a man with a slight English accent who is responsible for Joey Drew Studios' finances. He is frustrated that Joey Drew's endless stream of ideas is costing the studio so much money.

In Joey Drew Studios Employee Handbook, Joey's excessive spending even reached the point where Grant even sent a memo regarding taxes.[1] All he could do to keep employees from complaining about their underpaid workdays was to send such memos.[2] He also wrote an annotation to a receipt to inform Joey Drew of his company's investments, warning him to manage his spending better to keep the company stable.[3]

He is also one of the many victims of the studio unnaturally corrupted by ink contact and transformed into an ink monster.

Grant appears as a man who, like many other employees, is frustrated with Joey's methods of keeping the studio in good working order as well as expanding the studio. Seeing this sort of thing before has made Grant cynical as to whether Joey's next big project is worth the money it will cost, which also shows that he tends to complain about his workload in general. However, the pressure appeared to be too much for Grant, which shows that he cannot handle stressful situations very well.

Grant is described in Thomas Connor's letter as "mangy."

Grant's name can be found on one of the coffins by using the seeing tool in the ritual room.

Grant's audio log can be found inside the room behind the boarded door on Level 9, located to the left of the elevator. To access it, Henry needs to obtain the axe from Twisted Alice after she commands him to destroy the Bendy cutouts on Level K.

Grant remarks that Joey never tells the workers at the studio anything about the projects he has in mind. Though he promises that they'll get fame and fortune for it, Grant notes that he has to be the realist when it comes to making sure that the studio's budgets aren't blown out of proportion.

At the end of the tape, Grant mentions that Joey has a new top-secret project in mind, lamenting about how much it's going to cost.

Grant's second and last audio log is found inside his credited workplace, management office, from the beginning of the chapter. Playing his audio log will show the transcript labeled as "indiscernible" with Grant's name referred as "Unknown" instead, playing nothing other than Grant's intense muffles, painful hoarse screams, gagging sounds, and even the sound of glass breaking, referring to his transformation into an ink creature. Grant's ink form does not physically appear anywhere, leaving it entirely unknown what his current state really looks like.

Grant's audio log of him transforming into an ink creature.

Grant's name on the coffin. 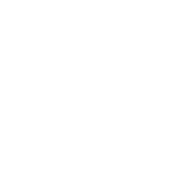 The texture of Grant's name.