The Gent Home Office is a location in Chapter 5 of Bendy and the Ink Machine.

The room itself houses the office of Thomas Connor, the studio's repairman and Gent liaison, to serve as a satellite work area for convenience, as well as the central piping system for the ink that flows throughout the studio.

The location is consistent with huge room and wooden block covered up the Gent entrance with a Bendy statue at the corner.

Henry has to insert thick ink that is found in the administration lobby area while trying to avoid the Butcher Gang (Piper, Fisher, and Striker) and insert it into the Ink Maker found in the Administration Lobby in order to make three pipes that will be inserted in the Gent Home Office that will drain the ink blocking the path to the Film Vault.

Once Henry does this, the ink will drain and he will be able to access the Film Vault. 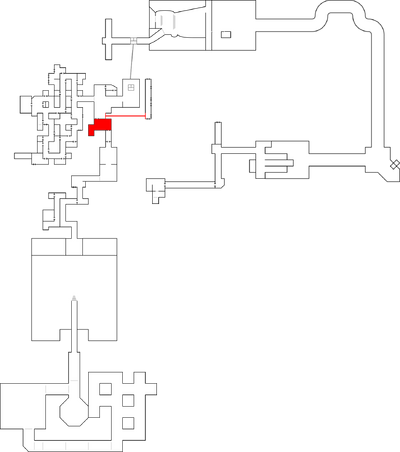 The entrance of the passageway to the vault.

The pipes that drain the ink from the vault's passageway.

Tom in his office.