The Foyer page does not have a canonical name. This name will be used until the official name is confirmed.

Projector
Bendy Cutouts
The Foyer is a location from Chapter 1: Moving Pictures of Bendy and the Ink Machine. This is the area where Henry starts. It is the place presumably where Henry, Joey Drew, and some other workers used to work on cartoons prior to the studio closing down.

When approaching the projector in this room, the "Hellfire Follies" music can be heard playing. The projector can also be turned on and off, which does not affect gameplay. 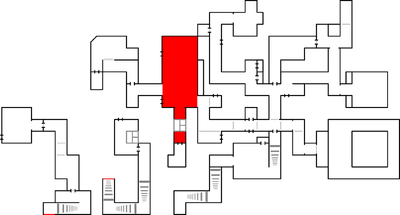