The Exit Hallways page does not have a canonical name. This name will be used until the official name is confirmed.

The Exit Hallways are a location from Chapter 3 of Bendy and the Ink Machine.

Due to lacking any source of light, the hallway is completely dark and not much can be seen inside it if Henry does not possess the flashlight.

Based on the layout, it appears to be a maintenance corridor.

The hallway is located after the safehouse. Henry will not be able to enter the dark hallway unless he obtains the flashlight from the desk so he and Buddy Boris can see where they are going. After getting out of there, the location's gate completely closed off and is not possible to be revisited, even when Twisted Alice gives Henry the task of destroying Bendy cutouts, completely sealed from the whole chapter. 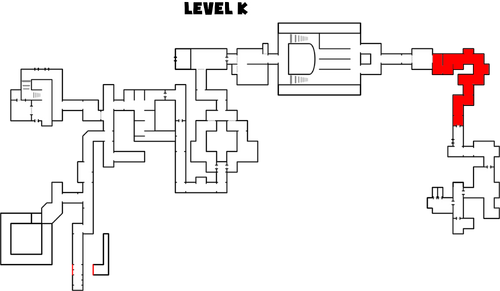 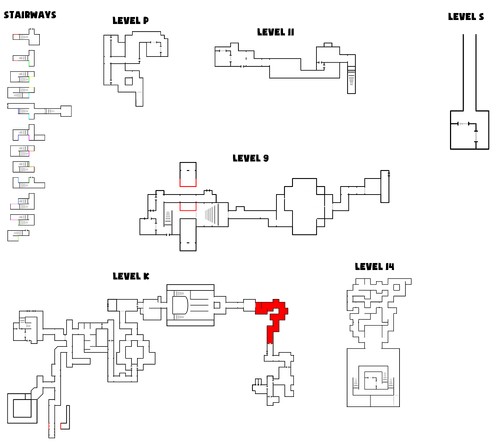 Henry shining the flashlight at Buddy Boris inside the exit hallways.

A small corner of the room.

An image of the area after Chapter 4's update.