The End reel, or the Last Reel [1], is an item found in the Chapter 5 of Bendy and the Ink Machine. It is Ink Bendy's only weakness.

The end reel is a nitrate-coated film reel, which plays the end card for the Bendy cartoons. The end reel's model is based on the one used for Joey Drew Studios' logo, with a label reading "The End" taped onto it.

In Chapter 5: The Last Reel, Henry gets to the Film Vault, it will reveal that it has been stolen by Ink Bendy. After Henry reaches his lair, he finds and obtains it, but is then confronted by Ink Bendy who transforms into Beast Bendy. When Henry returns safely to the throne room after the battle, he places the reel into the projector which permanently disintegrates Beast Bendy in a flash of light and teleports Henry to Joey Drew's Apartment. 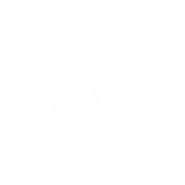