Collector clips are small figurines based on the Bendy characters, each with hangers attached. They are purchasable on both the official online shop and few public stores.

The Series 3 list some of the known characters and monsters in the upcoming Bendy and the Dark Revival, including Audrey, a new character "Cartoon Bendy", Allison Angel, Tom, Sammy Lawrence, Ink Bendy, another Ink Demon (unconfirmed if this is a separated monster or Ink Bendy's another form), and a new ink monster with its name yet to be revealed. The golden variant for Audrey and Ink Bendy as well as Sammy's silver variant will also become available. 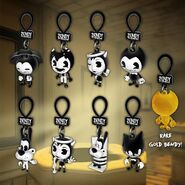 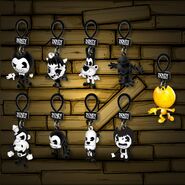 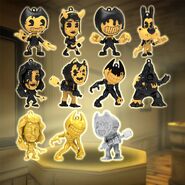 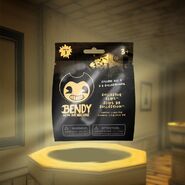 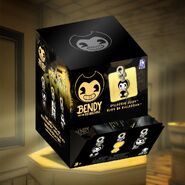 A box of Series 1 blind bags. 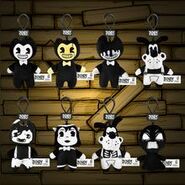