Swollen Searchers
The Cavern is an underground-like location on Level S in Chapter 4: Colossal Wonders of Bendy and the Ink Machine.

After passing through the Archives, Henry will open a door and find himself in a large cavern. There is a small cable car which he must obtain a cog to fix. Inaccessible platforms can be seen spread throughout the cavern.

There is a room that was an extension off the cavern. It features two short corridors and a large pipe in the center. A can of Bacon Soup can be found here, behind the large pipe.

After leaving the Archives, Henry will open the door he just unlocked and find himself on an unstable looking platform overlooking a seemingly bottomless pit. Henry will ascend a short flight of stairs, passing ink pipes, and a Bendy cutout lodged in the wall until he reaches a mining cable car. This requires the player to hit the switch just next to it. Henry will then have to find a gear to get the cable car working.

Henry will then pass an Ink Maker and enter a corridor filled with pipe openings and a few plants. He will then reach a large pipe, a switch and a valve. He must first hit the switch, opening the pipe. Then turning the valve will summon a Swollen Searcher. On its back is a thick ink. Henry must collect this, triggering the Swollen Searcher to vanish. The player must the bring the thick ink to the Ink Maker. Henry will the change the setting on said ink maker to gear. If the player wants to make a bone, mug or the music radio they must go back three more times and repeat the process.

After collecting the gear, Henry will climb aboard the cable car. It slowly creeps across the pit. Halfway, the cable car will stop temporarily and "Dangling by a Thread" will play. It will then continue after a brief pause to the other side. Once there, Henry will leave the cable car and walk over to the door and proceed to the next area. 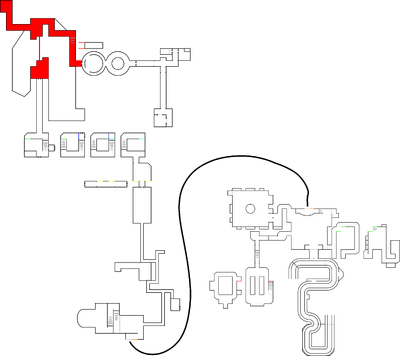 Some of the many cages hanging in the Cavern.

The rock surface on the area.

The Ink Maker in the Cavern.

The small corridor leading to the large pipe.

Some plants and a poster in the corridor.

A view of the cable car.

The exit of the Cavern.

The Bendy Cutout lodged in the wall. 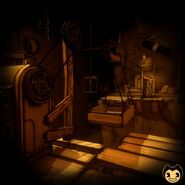 The official screenshot of the cavern. 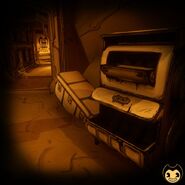 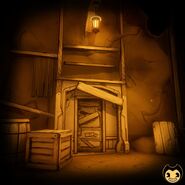 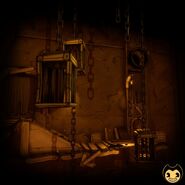 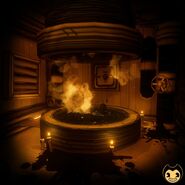 The official screenshot of the room where the Swollen Searcher spawns. 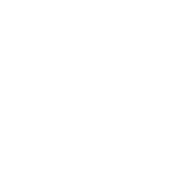 The secret heart drawn on a crate.