Reveal possible items (BATIM)
Storing supplies (BATDS)
Boxes are objects designed for storage located around the areas within the Cycle. Half of many boxes can be opened, but some do not as if permanently locked. Furthermore, some boxes can include items to obtain.

There are four kinds of boxes:

In Boris and the Dark Survival, the boxes serve the purpose of storage for Buddy Boris after he has collected all the necessary supplies from the randomly generated levels.

The supply chest from the opening intro of Boris and the Dark Survival. 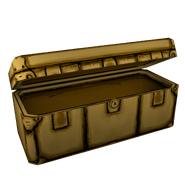 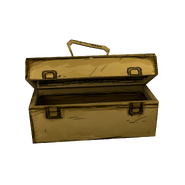 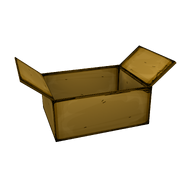 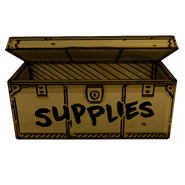