This article is about Bertrum's former human self. For his monster form, see Bertrum (monster).

Corrupted into a monster; Deceased

Bertrum Piedmont is a renowned purveyor in amusement park-based entertainment, who created the amusement park Bendy Land with the help of Joey Drew Studios.

He, like several known workers in the studio, is a victim of the studio's corruption, thus becoming a monstrous entity of the Cycle.

Based on the head inside his monster form, Bertrum Piedmont has jet-black hair and a slim paintbrush mustache. In the Bendy And The Ink Machine Dreams Come to Life novel, he is described as being tall, with a burly, supposedly muscular physique.

Speaking with the usage of upper-class London accent, Bertrum is quite dramatic, arrogant, and egotistical, so much so that his bombastic side rivals that of Joey Drew's. He is highly proud of the theme parks he creates, having worked on many amusement parks over forty years, claiming them to be "colossal wonders", and saying he earned his legacy with sweat, with over 40 years of experience. He hates being called pet names by Joey Drew (such as Bertie), as well as having the credit for his hard work taken from him because he understandably doesn't like being disrespected or discredited by anyone. As shown in his audio log from 1940, Bertrum saw Joey as someone with high demands and expectations of his work, and would often make corrections and changes to the notes Bertrum submitted for his theme park. He criticized Joey for how his expectations and efforts made him incapable of reaching the vision he had planned for his studio. As seen from Bertrum's design for the Bendy mascot costumes from the Joey Drew Studios Employee Handbook, this is mainly due to Joey's belief that Bertrum is not "dreaming" as big as he expected. In the Dreams Come to Life novel, based on his only appearance in the novel, he is shown to be polite and friendly towards most people (this is meant to imply that his resentment is purely meant for Joey personally).

Sometime later, he rants about his work terms to design the Bendy-themed attraction. He was rather upset when Joey Drew begin addressing him by a childish name to the public, and later when Joey wanted to take credit for Bendy Land.[1]

Bertrum is a part of the company party that Joey Drew invites Buddy Lewek to, in which Buddy met Bertrum in passing, through Joey. After a brief conversation, he left with Joey to prepare his speech for Bendy Land.

Under unknown circumstances, Bertrum was, somehow, trapped in the Cycle and became an immobile monstrosity of amusement ride machinery.

Prior to Meeting Bertrum

In Chapter 2: The Old Song, it is revealed that Bertrum's coffin can be found in Utility Shaft 9 next to Lacie Benton's coffin when using the Seeing Tool.

In Chapter 4: Colossal Wonders, his audio log where he describes his Bendy Land works and opinions regarding Joey makes a debut in the fourth chapter, where it can be found near the entrance to the warehouse.[1]

His second tape is found in the Attraction Storage room within Storage 9. However, unlike all the audio logs before his, the audio does not seem to be coming from the cassette itself, but rather from a speaker connected to it. The tape describes how mad he is at Joey Drew for attempting to take Bendy Land from him. He wraps up his autograph by stating that even though Joey thought he had been kicked out from the company, he was still there;[2] initiating the boss fight against him that leads him to his death.

During his boss fight, Bertrum smashes the table with one of his arm cranes that destroyed his audio log, making his dialogue unable to be listened to again. 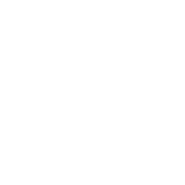 The texture of Bertrum's name.