Beanie plush dolls are toys sold in official online store as well as other stores both online and in public.

The main plush toyline currently consists of Bendy, Boris the Wolf, Alice Angel, Charley, Barley, Edgar, and Ink Bendy. A "heavenly edition" version of the popular cartoon trio, based on the in-game dolls seen in Bendy and the Ink Machine, is also available. The Bendy and the Dark Revival toyline consists of Audrey, Sammy, and “Perfect” Bendy. The Blacklight toyline consists of blacklight versions of Bendy, Boris the Wolf, Alice Angel, and Ink Bendy. There are black and yellow versions of Bendy, Ink Bendy and a Hot Topic Exclusive of Dead Boris. (Not to be confused with the Heavenly Toys edition) There appears to be five more plushes coming out soon (they are as follows: Beast Bendy, Allison Angel, Tom, Brute Boris and Sammy). They were shown at E3 2019 by popular toy reviewer, Puppet Steve. Plush toys are also available in Bendy in Nightmare Run, via In-App Shop.

A new "Sillyvision" plush toy sets are released on April 14th, 2021 and exclusively available at the official online store. Series 1 consists of Boris, Sammy Lawrence, Ink Bendy and Bemused Bendy. This is the first time Bendy and Boris have colors other than black-and-white or sepia-tinted besides the Blacklight toyline

New sets of plushies were released, following the sillyvision plushies, and a new colored tint of Bemused Bendy.

In December of 2019 there was a giant plush giveaway where Epic Drops was giving away giant plush (bigger than the jumbo plush) of Bendy, Ink Bendy, Boris the Wolf, Alice Angel, and Sammy. The way to enter was to get entries from doing certain things:

Signing up for their newsletter: 1 entry

After people complaining that it was unfair that you would have to spend a lot of money to have a good chance of winning, it was later shut down. Since Joey Drew Studios Inc. isn’t in charge of the merchandise and just advertise it, they distanced themselves from the giveaway and said that they had nothing to do with it and Epic Drops was in charge of it.

Early Prototypes of The Blacklight Plushies

The box showed blacklight versions of:

Since it is unknown when or if ever the Beast Bendy, Brute Boris, Allison Angel, Tom, and black and white Sammy plush that was shown at E3 2019 will be released, it is unknown if we will see these prototypes in a wave two of Blacklight Plush 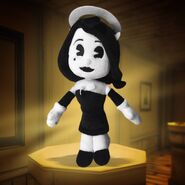 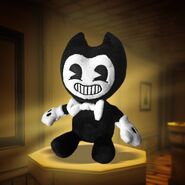 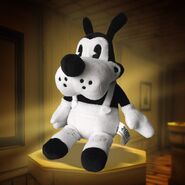 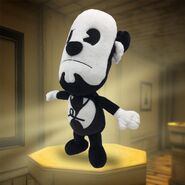 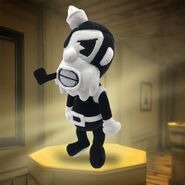 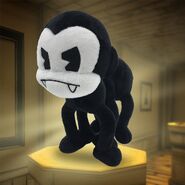 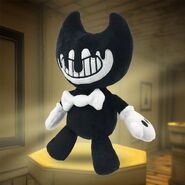 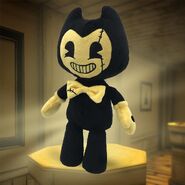 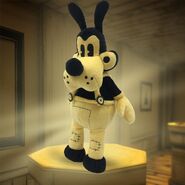 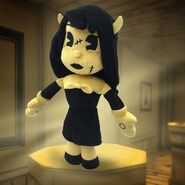 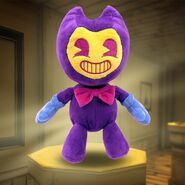 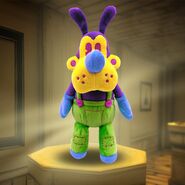 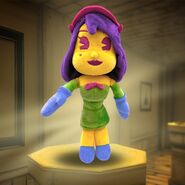 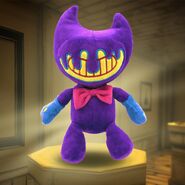 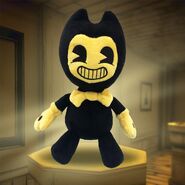 Bendy's plush in Bendy and the Dark Revival version. 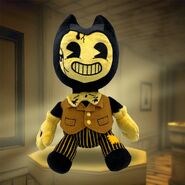 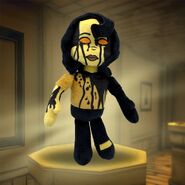 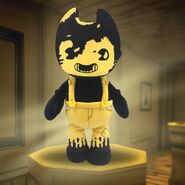 Sammy's plush in Bendy and the Dark Revival version. 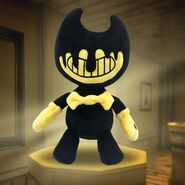 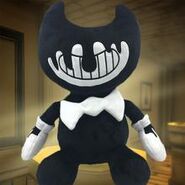 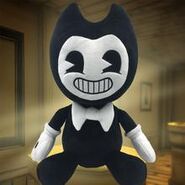 Dead Boris plush that was a Hot Topic exclusive. 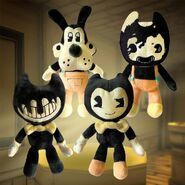