The Basement page does not have a canonical name. This name will be used until the official name is confirmed.

Thomas Connor (audio log)
The Basement is a location from Chapter 1 and Chapter 2 of Bendy and the Ink Machine.

The first room consists of a locked door blocked by a number of chairs and a dresser. There is a shelf containing Thomas Connor's audio log and a can of Bacon Soup.

The basement consists of at least three long stairways, leading to the lower level of Joey Drew Studios.

The first floor consists of a light bulb from above, which flickers rapidly and inconsistently.

The second floor contains two pipes each sporting a valve.

The third floor, yet again, consists of a single flickering light-bulb.

After the last set of stairs, the final room consists of some barrels and the "THE CREATOR LIED TO US" message written in ink. The hallway leading to the pentagram room after this last room is blocked by numerous boards.

After falling through the trap door at the end of Chapter 1, Henry ends up here. In order to drain the flood of ink, Henry has to activate one valve to the other. Afterward, both stairways are cleared and allow Henry to walk downstairs to reach the end.

The axe is located at the end of this room, as it can be used to break all the boards blocking the pathway to the ritual room. Once Henry arrives at the door that leads into the pentagram room, after breaking the boards on the door and opening it, Henry can no longer go back to the basement room, because strangely enough, the hallway has seemed to have caved in with boards and barrels. It is also easy to notice this in Chapter 2.

The basement is visible behind the door of Ritual Room as the stairs had been blocked by the ink flood from the previous chapter make it inaccessible. 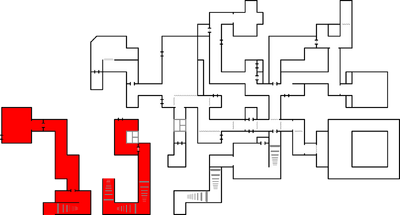 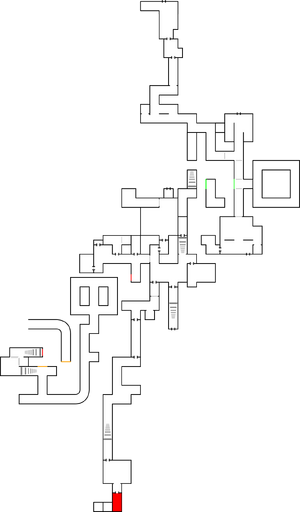