The Barge Port page does not have a canonical name. This name will be used until the official name is confirmed.

Searcher
The Barge Port is a small location from Chapter 5 of Bendy and the Ink Machine.

The small dock area is very damaged and untidy, with several floorboards ripped up and strewn about. Several areas lack floor covering altogether. Several stalagmites and stalactites cover the area and the great majority of the port is submerged within the inky water. A Bendy statue is located in a corner of the dock. The main area of the port consists of the large, makeshift craft slipway, which houses two barges and leads down into the dreaded Ink River.

The secret message here indicates the presence of the Giant Bendy Hand in the river itself revealed by the Seeing Tool.

Upon Ink Bendy's knowledge of their safehouse, Allison and Tom flee, leaving Henry behind and taking a barge into the ink river. After he escapes from his cell, Henry arrives and deployed another barge, and gives chase into the darkened tunnel and towards the Lost Harbor, while trying to escape from Giant Bendy Hand.

A view of the port from the barge.

A view of the inky water.

The barge perched on the slipway.

The Bendy Statue in the port.

The mouth of the Ink River. 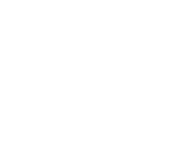 The secret "THERE'S SOMETHING IN THE RIVER" message written on the ground.