This article is about currency in Bendy in Nightmare Run. For health and stamina filler in the rest of the Bendy Franchise, see Bacon Soup.

Currency
Bacon Soup are collectible items the player can collect from Bendy in Nightmare Run.

The Bacon Soup can has the same exact model used for Bendy and the Ink Machine, albeit grey-scaled in color.

Bacon Soup can be collected and used as currency for unlocking and purchasing upgrades, characters, abilities, etc. The amount can be rewarded for completing each act and goal, defeating minion enemies, and even opening the game the first time during a day. Bacon Soup can be also earned when watching advertisements.

Characters
Note: Bendy is available from the first start.

Levels
Note: "Bendy Walks the Plank" level is available from the first start. 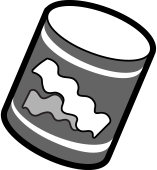 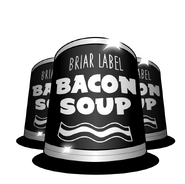 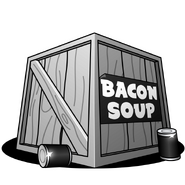 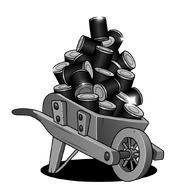 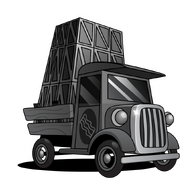 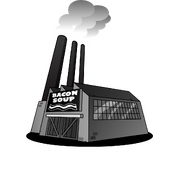 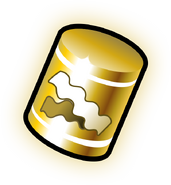 Bacon Soup with gold that provided the player with double amount after collected
Community content is available under CC-BY-SA unless otherwise noted.
Advertisement